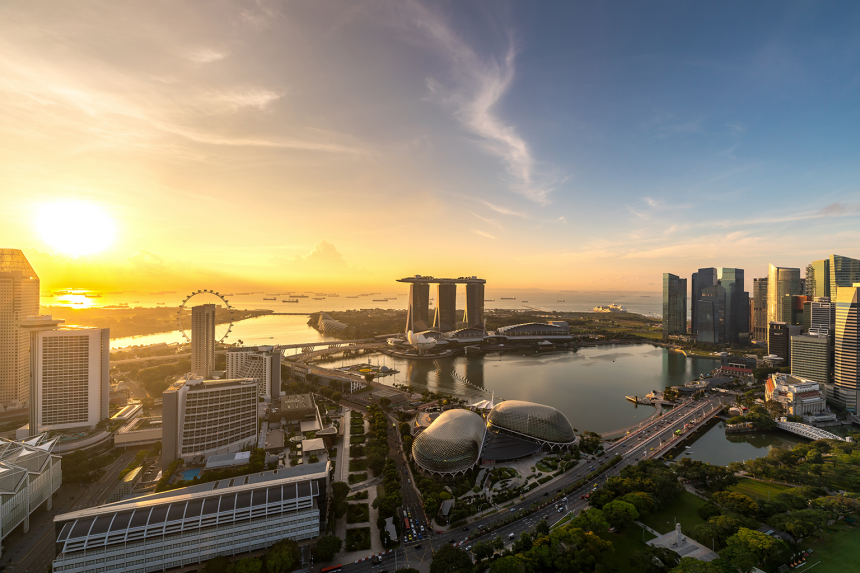 Located at Chin Swee Road, The Landmark has a prized address that is adjacent to the CBD and within the golden triangle of shopping haven Orchard Road, integrated resort Marina Bay Sands and the Raffles Place financial district. You can’t get a more vibrant locale than that. 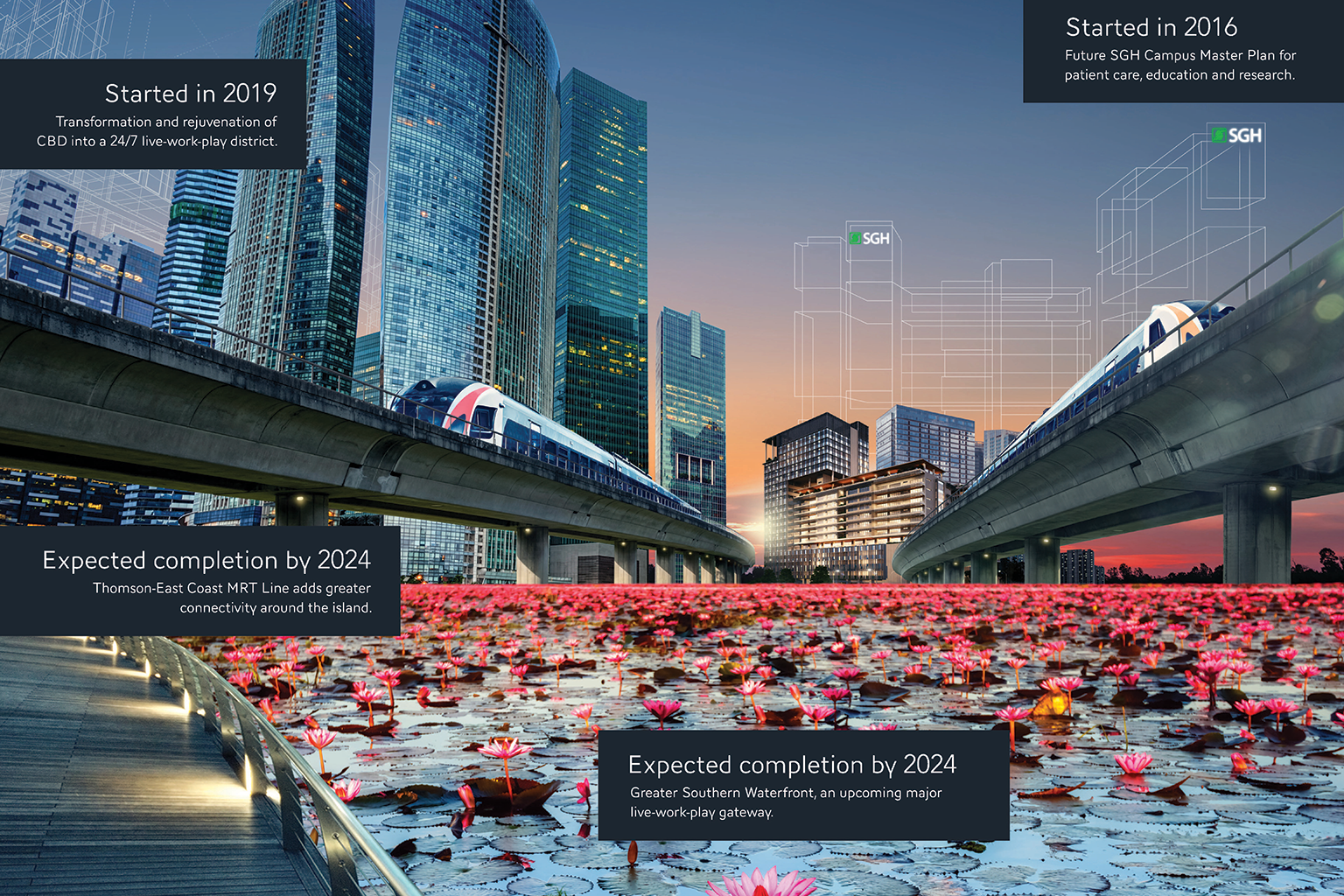 The Landmark offers investment potential stemming from its prime location and possible future upside with the government’s ongoing plans to revitalise the CBD and transform the Greater Southern Waterfront (above). The upcoming redevelopment and expansion of the Singapore General Hospital into a 43-hectare campus and the completion of the Thomson-East Coast MRT Line are also poised to add to the condominium’s value.

Furthermore, the future value of The Landmark is likely to be buoyed by older developments in the surrounding area as they may be redeveloped at higher prices in time to come. 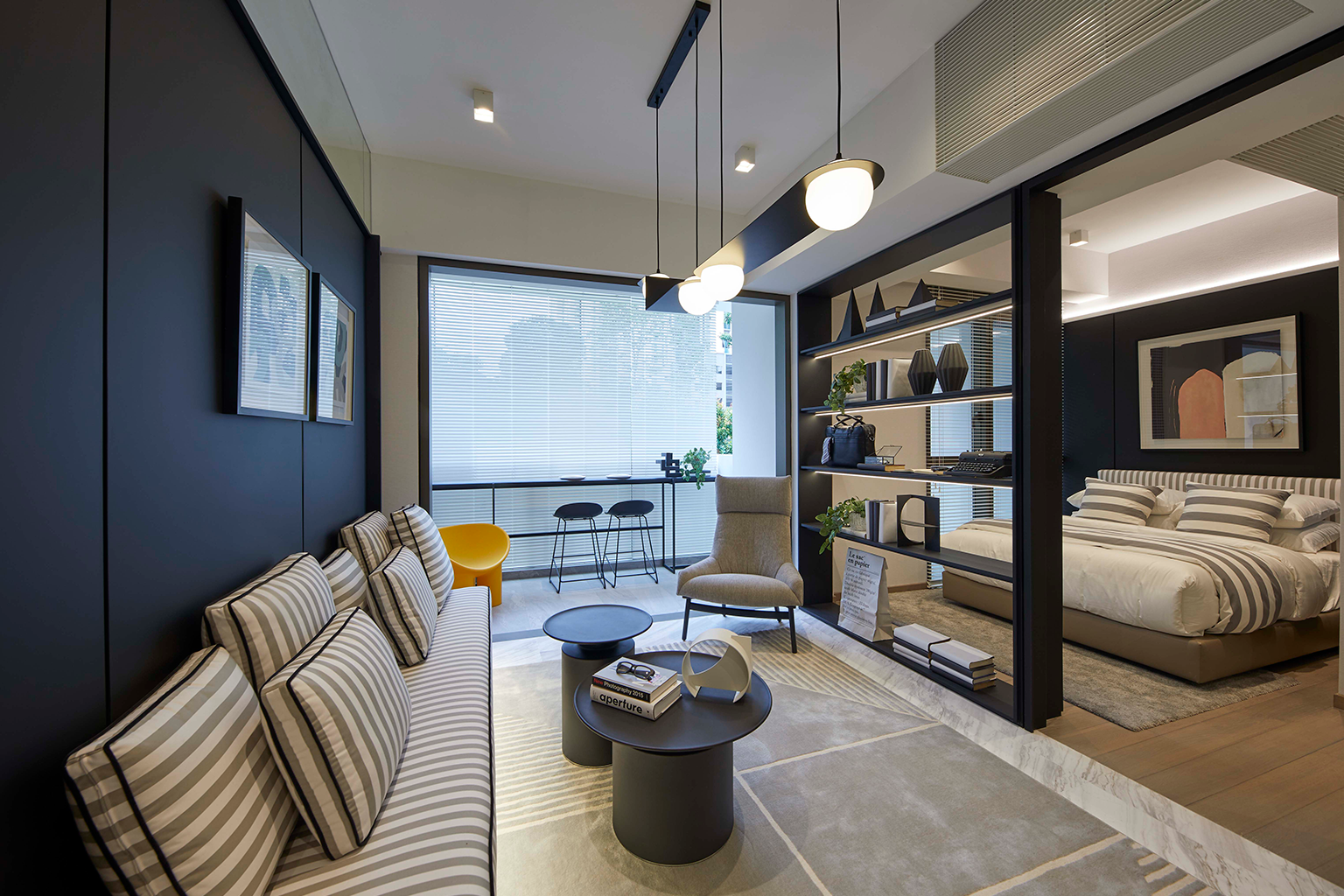 The Landmark was one of the best-selling condominiums in November 2020, with some 90 per cent of the 120 units released during its launch weekend snapped up. Most of the purchasers were Singaporeans and permanent residents, with studio apartments (above) accounting for half of the units sold.

Truth is, you can’t put a price tag on priceless views. And that’s exactly what The Landmark offers with its single tower majestically elevated on the northern foothills of Pearl’s Hill . The result? Spectacular views of the Downtown Core, southern coastline and Singapore River (above) — be they bathed in daylight or amidst starry skies. Prepare to feast your eyes on priceless panorama. 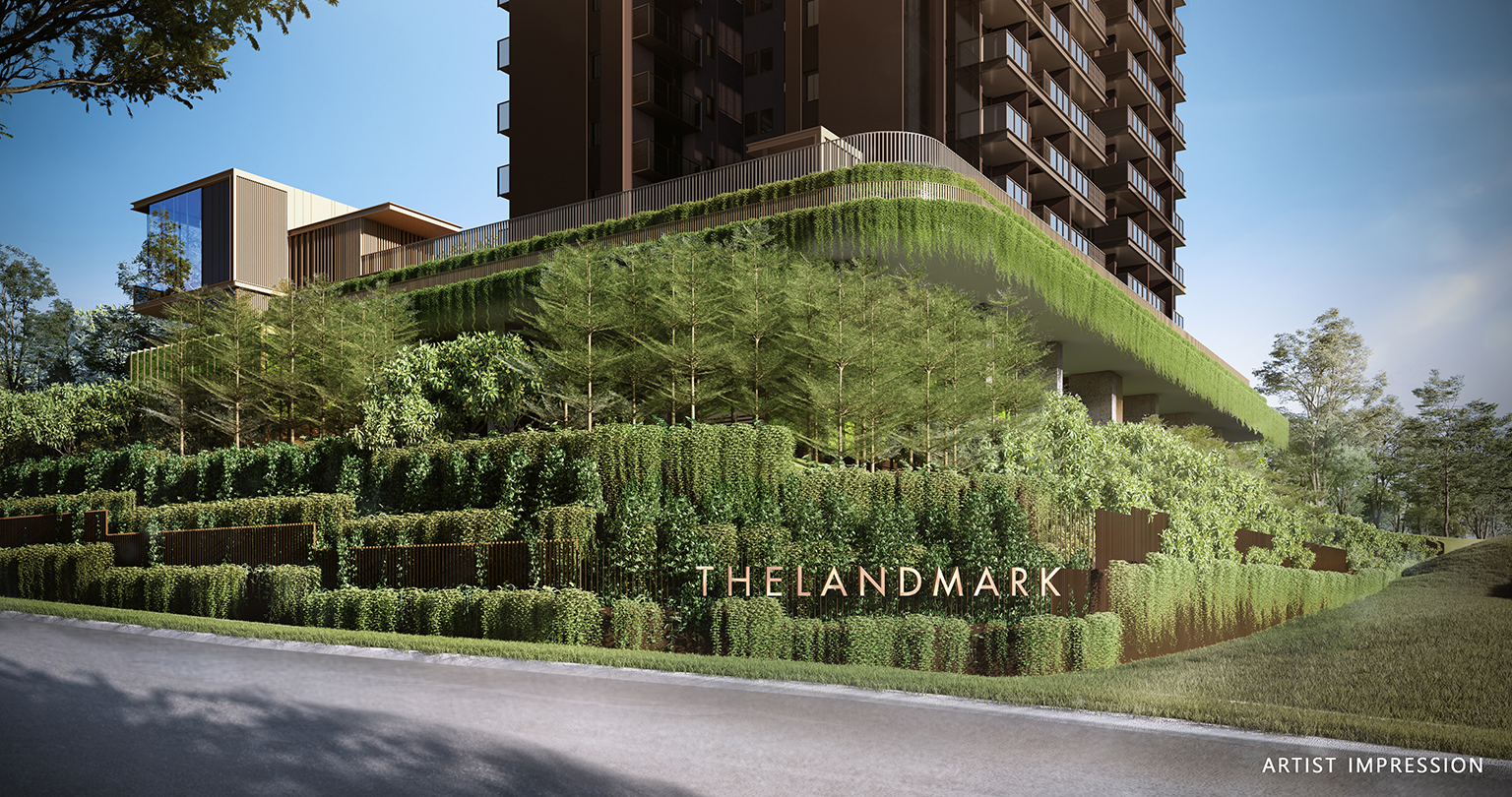 Reason 5: A Park Within A Park

That’s right. Not only is The Landmark perched on the crest of the 9-hectare Pearl’s Hill City Park, the condominium also artfully blends into the park’s lush, contoured terrain with its luxuriant cascading green terrace and ground-level landscaping (above).

Throughout the development, nature-focused facilities such as a tranquil pavilion, foliage piazza, frondere walk and therapeutic garden reinforce the greenery theme. Think of living next to Central Park in New York City or Hyde Park in Central London. The Landmark — the best of city living with a park at your doorstep. 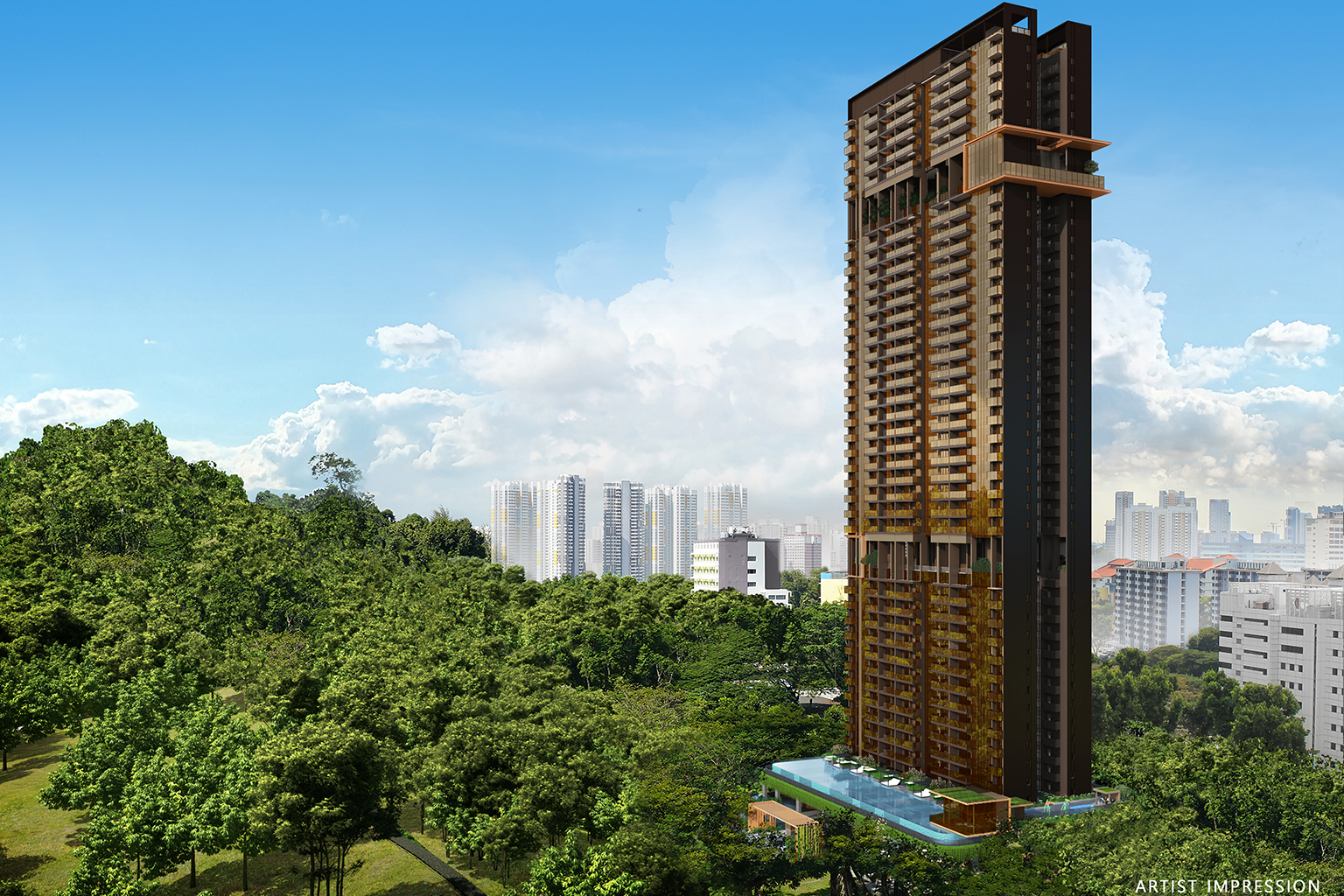 A highly recognisable, solitary tower that soars 160 metres into the sky; its bronze metallic facade glinting in the sun to create a distinct landmark (above). Now that’s visual prominence for you, and from multiple positions in the city at that. It’s truly The Landmark — distinguishable, unique and aspirational. 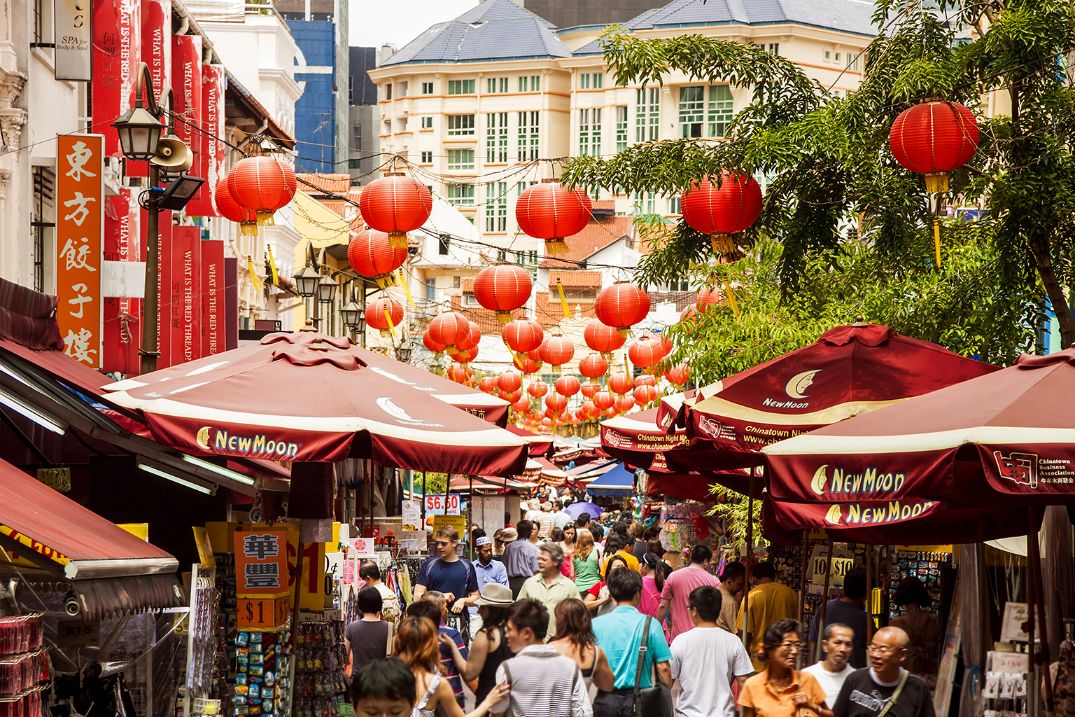 If there’s something money can’t buy, that’s heritage — which is exactly what The Landmark has in great measure. The development is located in the heritage hub of Singapore, flanked by Chinatown (above), Singapore River (along with Clarke Quay, Boat Quay and Robertson Quay) as well as Tiong Bahru. Adding to its historical wealth is its name “Landmark” — retained from its predecessor’s “Landmark Tower” built on the same site in 1985. 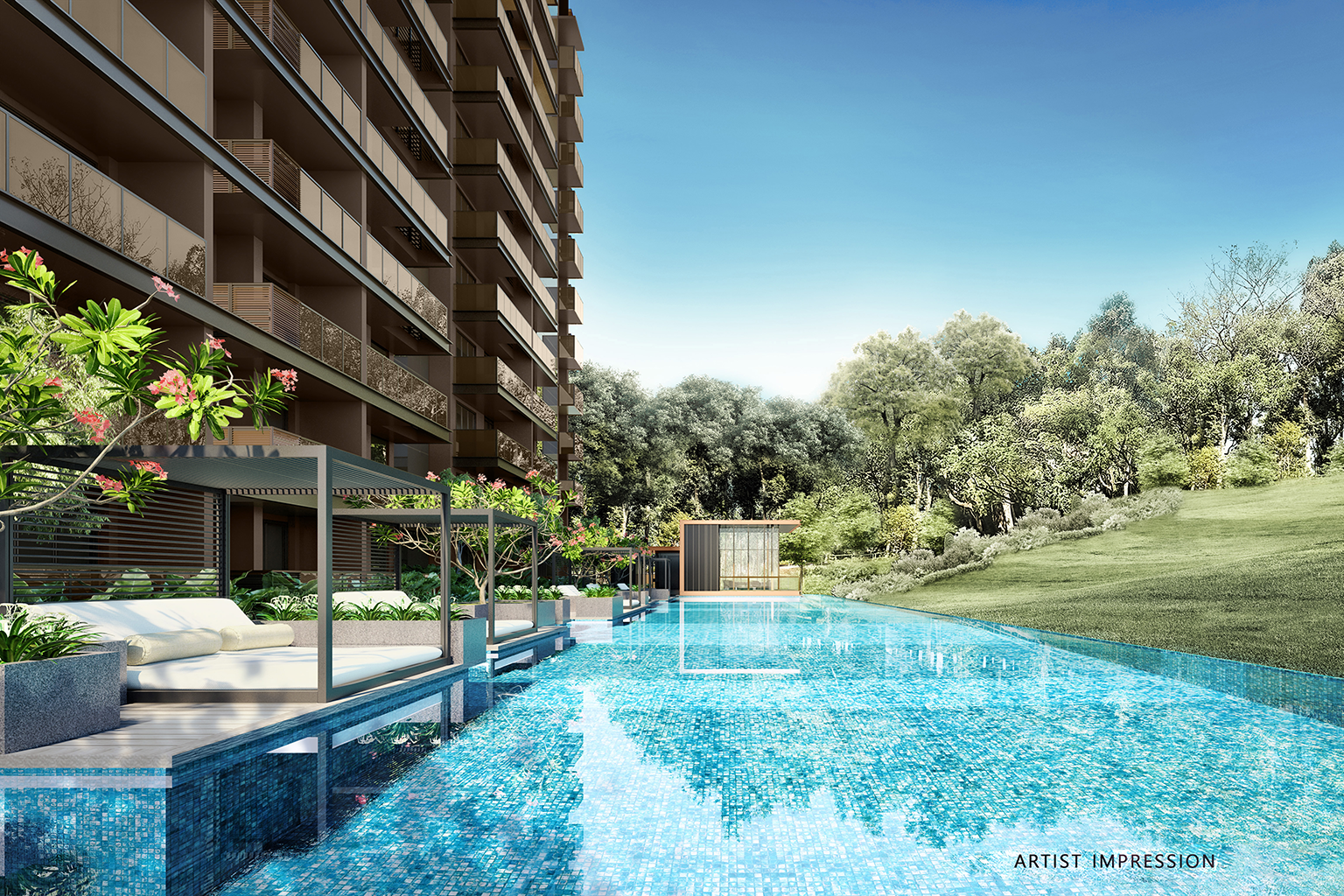 Residents are spoilt for choice with five decks of lifestyle facilities at various heights, from ground level to rooftop. They offer infinite lifestyle possibilities and a wide range of recreational experiences — often with arresting views thrown in.

Swim in the above-ground, 50-metre infinity pool (above) alongside well-aged Tembusu trees from the nearby park; bask in rustic dining fun at the park-level barbecue pavilion; work off calories in the gym 14 floors up in the sky; enjoy a sundowner at level 34 or take in the city skyline from the top of the building. Possibilities abound. 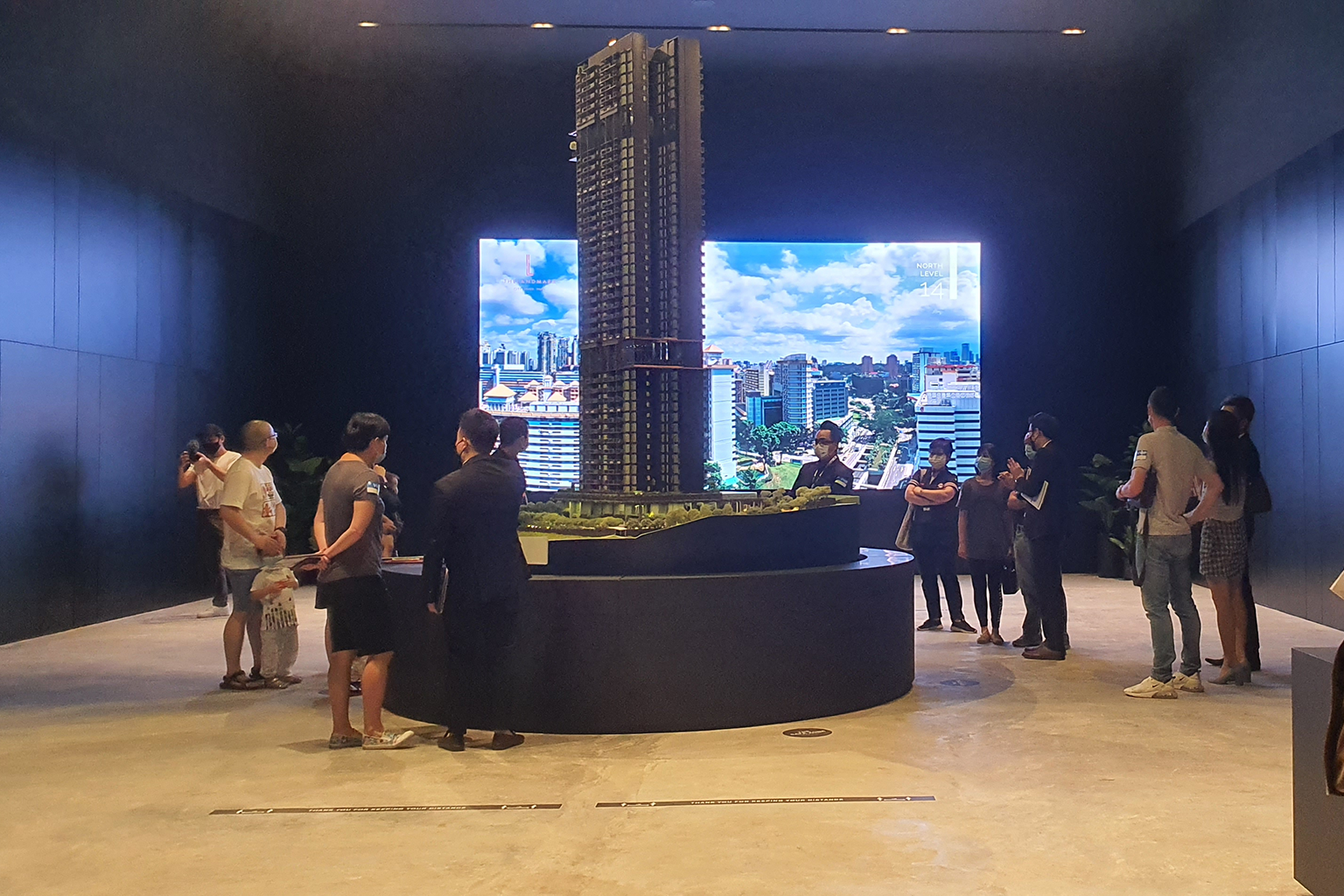 There’s no need to imagine what your future home will look like. At least, not with The Landmark’s cavernous show gallery at Indus Road (above) that houses three elegant showsuites, an art gallery-like model exhibition space, as well as a sprawling sales gallery well-furnished with a drinks bar and lounge area for your house-hunting comfort. Click here to experience the amazing virtual tour.

What do you get when you put the oldest architectural firm in Singapore, the award-winning Swan & Maclaren Architects, with a stellar developer combination of MCC Singapore (a subsidiary of listed Fortune Global 500 company, Metallurgical Corporation of China); SSLE Development (the property development arm of realty company, Sin Soon Lee Group, one of the longest established residential and industrial developers in Singapore); and ZACD Group (an integrated asset manager listed in Hong Kong and headquartered in Singapore)? An iconic development, no less.

Fill in your email & phone number below to receive latest updates from The Landmark.